This research project aims to better understand how Buruli ulcer is transmitted and to determine effective ways to prevent and reduce infections.

Buruli ulcer has been consistently recorded in Victoria for more than two decades, and human cases have been increasing in number and spreading to new areas in recent years.

The ‘Beating Buruli in Victoria’ research project was launched in 2018, with funding from the National Health and Medical Research Council (NHMRC) and the Victorian Department of Health. It is a multidisciplinary and collaborative partnership between the Department of Health, Doherty Institute, University of Melbourne, Barwon Health, Austin Health, Commonwealth Scientific and Industrial Research Organisation (CSIRO), Agriculture Victoria and the Mornington Peninsula Shire Council.

By identifying more precisely when and where Buruli ulcer transmission occurs, including the specific mosquito and possum species involved, and testing methods of mosquito control targeting the places and times of highest risk, this project hopes to actively disrupt Buruli ulcer transmission for the first time. It is hoped these findings will lead to the development of evidence-based policies and guidelines that can help reduce and prevent cases of Buruli ulcer in Victoria and perhaps globally. 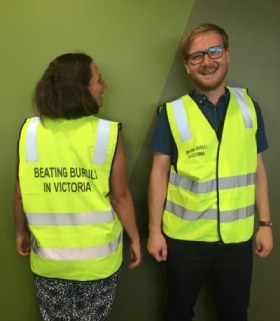 The ‘Beating Buruli in Victoria’ team would like to thank the community for the support received during our research and intervention activities to date. The team looks forward to continuing to work with local communities in areas affected by Buruli ulcer towards stopping the spread in Victoria.

If you have any questions about this research, please email the project team at beating-buruli@unimelb.edu.au.

Completed studies under the ‘Beating Buruli in Victoria’ project (2018–2022) 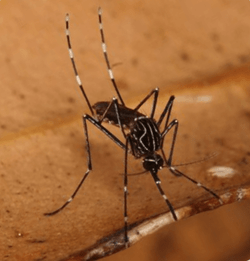 Mosquito surveillance conducted on the Mornington Peninsula captured over 60,000 mosquitoes during a four-month period (November 2019 – March 2020). This showed that there are three dominant species of mosquito in the region that accounted for 86% of all mosquitoes: Culex molestus (42%), Aedes (Ae.) notoscriptus (37%), and Culex australicus (7%).

Summary of mosquito control activities performed as part of the ‘Beating Buruli in Victoria’ project, 2019-2022.

While the transmission cycle of Buruli ulcer in Victoria is not yet fully understood, there is increasing evidence that mosquitoes and possums play a role in disease transmission. Native possums are known to shed large numbers of M. ulcerans in their faeces. 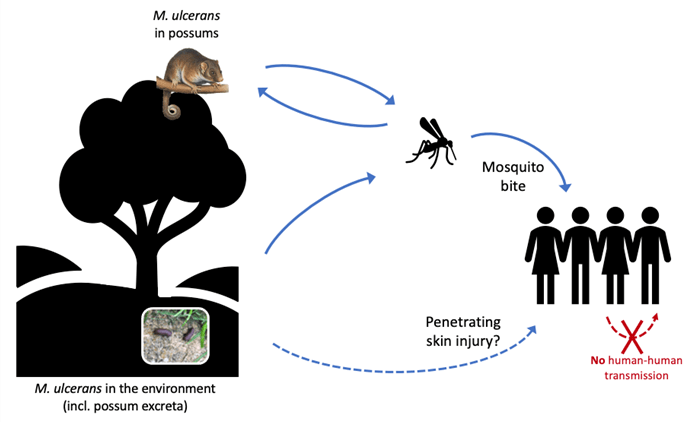 Possum excreta surveys, in which project field staff collect possum faecal pellets from predetermined sampling locations at 200 metre intervals, have been conducted in Victoria since November 2018. Survey locations have included the Mornington Peninsula, Melbourne and Bayside suburbs, Greater Geelong and the Bellarine Peninsula.

The possum faecal pellets are then tested for M. ulcerans using a laboratory test that detects DNA, as only a small amount of DNA is required to perform the test. This cost effective and relatively easy testing method allows us to identify areas where possums are excreting the M. ulcerans bacteria into the environment, enabling the application of targeted mosquito control activities that might be most beneficial to protect people from Buruli ulcer. The findings of this research are available as a pre-print.

Barwon Health and the CSIRO led this research, with support from the Department of Health, Mornington Peninsula Shire Council, Deakin University, the Doherty Institute, and Agriculture Victoria.

In this study, 256 Victorians with Buruli ulcer (‘cases’) and 458 without ('controls') participated by completing a study questionnaire in 2018–2020. Field surveys were conducted at the properties of 230 study participants, which involved the collection and testing of multiple environmental samples for the presence of M. ulcerans.

Information for the community

Do not email patient notifications.