Obesity is defined as having a body mass index (BMI) equal to or greater than 30.

The latest data from the National Health Survey 2017–18 suggests that almost a third of Australian and Victorian adults are obese (Australian Bureau of Statistics 2018).

Another third of adults are overweight, with a BMI between 25 and 30 (Australian Bureau of Statistics 2018).

By these estimates, 68 per cent (over two-thirds) of Victorian adults are overweight or obese, which is an estimated 3.3 million people (Australian Bureau of Statistics 2018), see Table 1.

Table 1: Proportion of adults (aged 18 and over) overweight and obese, Australian Bureau of Statistics 2018

In addition, nearly a quarter of our children are also overweight or obese (Australian Bureau of Statistics 2018).

Overweight and obesity are among the greatest risk factors driving death and disability in Australia.

Ultimately, being obese can lead to disability and premature death (Department of Health and Human Services 2018).

Victorian data indicates that factors such as presence of psychological distress, doctor-diagnosed hypertension and self-reported fair or poor health are positively associated with being overweight (Department of Health and Human Services 2018).

More than 21,000 people are surveyed nationally by the Australian Bureau of Statistics, with body mass index measured for two-thirds of respondents.

This puts Australia in the top quarter of Organisation for Economic Cooperation and Development (OECD) countries for measured obesity, ahead of the United Kingdom (26.2 per cent of the population) and Ireland (23 per cent), on a par with New Zealand (31.6 per cent), but behind the United States of America (40 per cent).

In the last decade, two things have occurred:

The changes in body mass of Victorians mirror Australian data.

The obesity rate has been trending up in the last decade and in 2017–18 surpassed 30 per cent for the first time.

Over the last two decades, the average Australian man and woman has gained 5 kilograms in weight.

The average Australian woman weighed 72 kilograms compared with 67 kilograms in 1995. 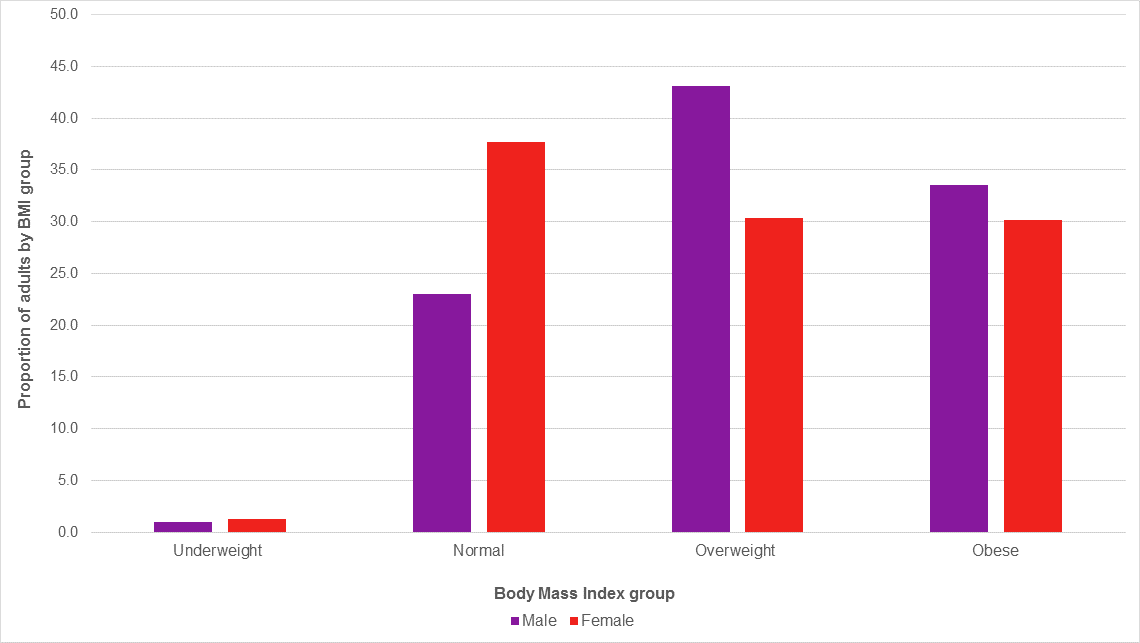 Figure 1 shows that around three-quarters of Victorian males are overweight and obese compared to 60 per cent of females.

This age group is already overweight or obese by the time they start school. The rate then stays around this level through the school years with small fluctuations, before accelerating sharply during the late teen/young adulthood period. 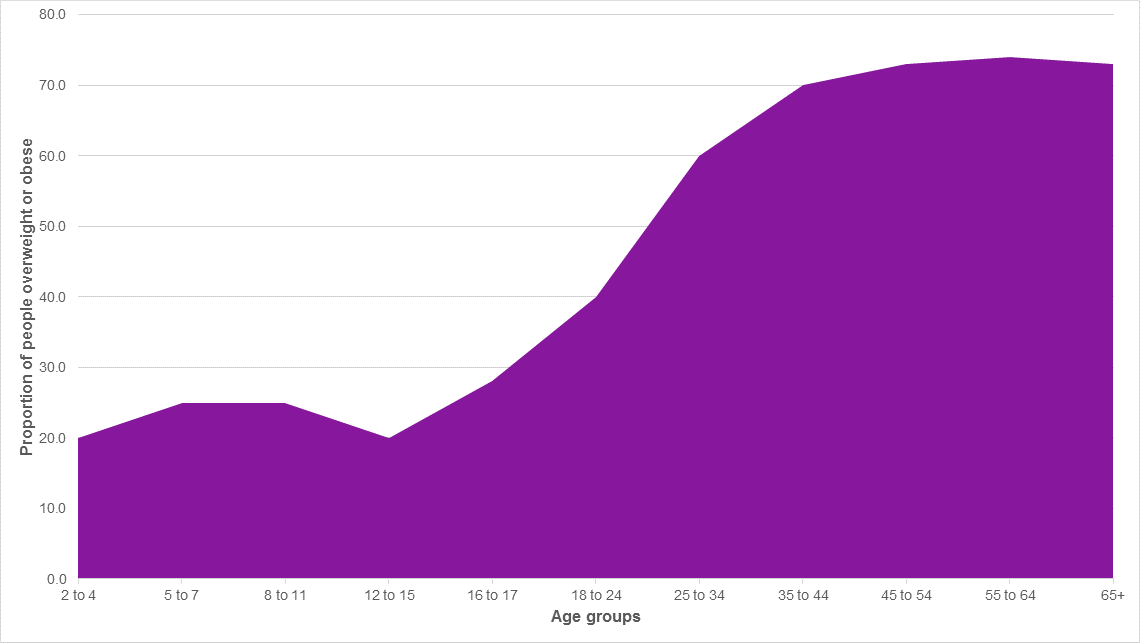 What the Victorian Government is doing

In addition to measures to support healthy eating the Victorian Government through VicHealth also funds programs and initiatives that contribute to obesity prevention.

Burden of disease is an indication of the impact of living with illness and injury and dying prematurely.

68 per cent of Victorian adults are overweight or obese, which is an estimated 3.3 million people.

The consumption of alcohol is a major cause of preventable disease and illness in Australia.