It provides $27 million over four years to support the implementation of two flagship trial initiatives:

Place-based suicide prevention trials are being delivered in partnership with Primary Health Networks in 12 sites across Victoria (as shown in Figure 1).

Each site is actively engaging with the local community and has established governance structures, reviewed groups at risk of suicide and developed action plans.

Local activities include training to build the confidence and skills of people with lived experience in talking about suicide, supporting GPs to recognise and help people at risk of suicide and working with the community to develop a protocol for response after a suicide.

For the last 12 to 18 months the initiative has supported more than 800 people and their families in the period following a suicide attempt.

The 2018–19 State Budget allocated an additional $18.7 million to expand the Hospital Outreach Post-Suicidal Engagement initiative to another six sites in Victoria, demonstrating the commitment to innovative, person-centred and trauma-informed psychosocial responses to suicide prevention. 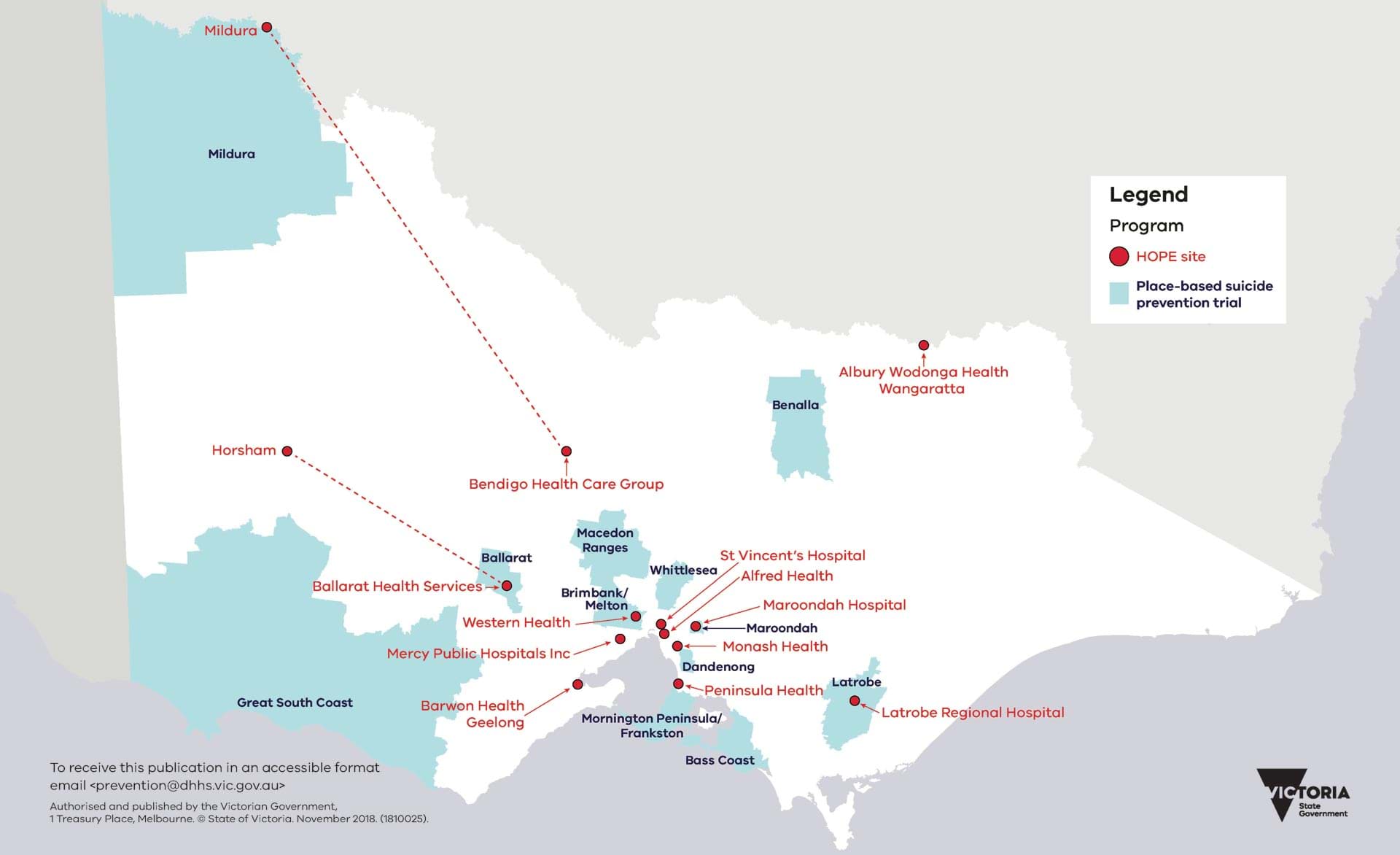 The Victorian Government is also working with partners to improve the collection and analysis of suicide-related data to support statewide and localised suicide prevention planning.

On behalf of all governments, Victoria is also leading the development of the new National suicide prevention implementation strategy.

This strategy will embody the collective aspiration of all governments that fewer lives are lost to suicide, and it will be supported by every health minister in Australia. It is due for release in 2020.

It is being informed by an open consultation process, including feedback from people who have attempted suicide, people with suicidal thoughts, carers, loved ones and those bereaved.

Each year, one in five Victorians will experience a mental health condition, and 45 per cent of Victorians experiencing one  during their lifetime